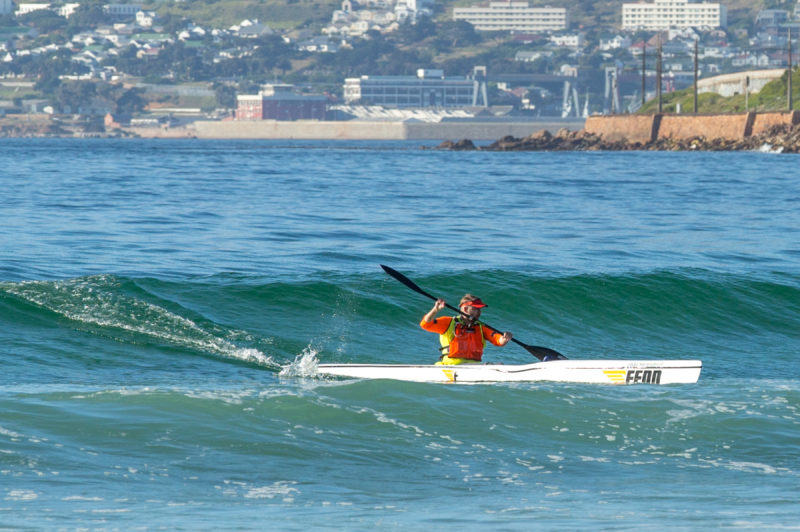 How to catch a wave on a surfski.

There is one skill which is the absolute benchmark as to you surfski paddling ability:  Catching a Wave.  Every surfski paddler needs to know how to catch a wave on a surfski as this is the number one indicator of how well you can master the craft when offshore or in rough conditions.  Also, the ability to catch a wave on a surfski is the basic building block and skill required to be able to ride open water and ocean swells if you want to paddle downwind.

So how do you do it?

Step one: Identify the Impact Zone

The Impact Zone is where a ocean swell turns into a broken wave i.e. from blue/green water to white water.  This is where waves break and have a lot of power.  This is the critical area of wave action; after the impact zone the wave loses its power and it’s just a foamie rolling to the beach. 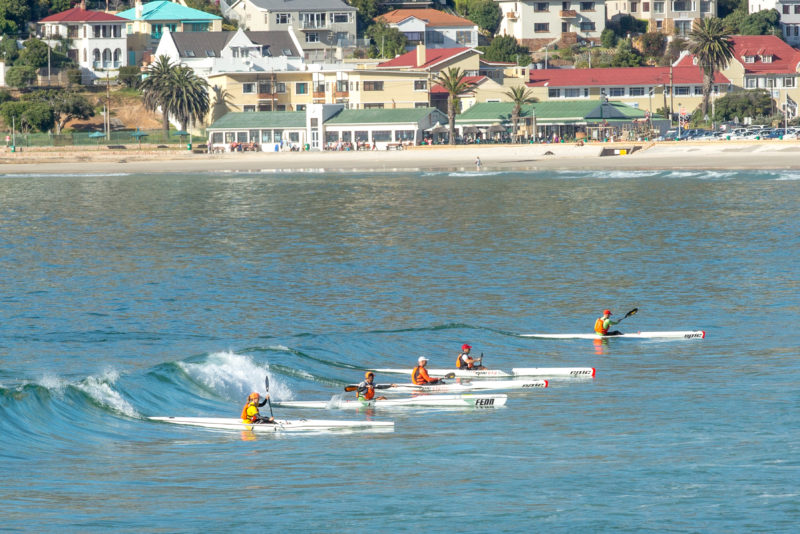 Depending on the size of the surf the impact zone can be anywhere from 5 to 30 meters long (40 strokes max).  Very rarely is it longer than 30 meters and only in very large surf when you should be rethinking catching a wave.  Controlling your ski on a wave through the impact zone is the most difficult part of catching waves.

Step Two: Line up behind the waves, facing the shore at 90 degrees.

You need to line up behind the waves and face the shore at 90 degrees. How fafr behind the wves you must line up depends on a variety of factors that include your ability to accelerate, how fast and how big the waves are.  You need to be deep enough to pick up the swell and ride it before it begins to crumble.

Secondly YOU MUST DECIDE before coming in whether you are catching a wave or not.  If you just paddle in blindly, the chances are the ocean will decide for you and generally this means you’ll get wiped out.  It’s extremely important that YOU PICK the wave you want and not the other way around.

Once you’ve decided which wave you want, you need to get the boat speed up, i.e. paddle hard-hard-hard.  You need to be going almost the same speed as the wave when it picks you up. 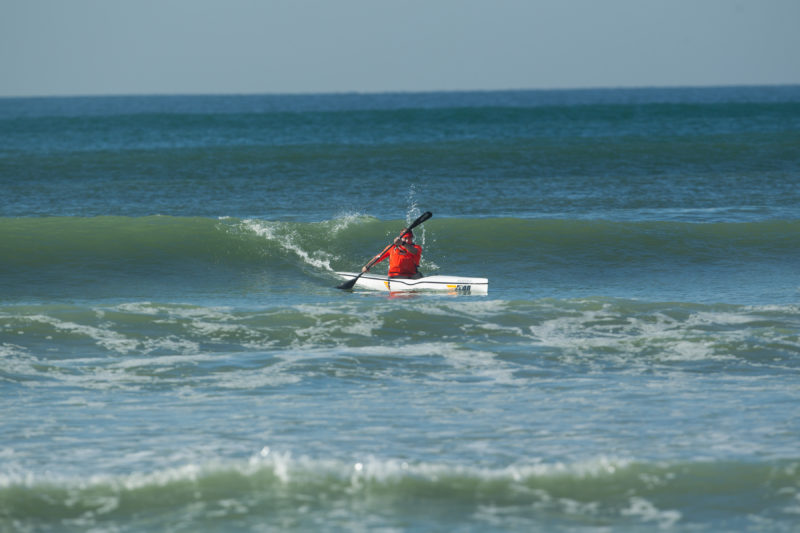 As you get onto the swell you’ll start going faster and you’ll feel the tail of your boat start to lift. This is the MOST CRITICAL point in catching a wave that you need to master.  You will be going forward at speed not generated by your paddling stroke so the three things that will be challenging to you will be:  Maintaining paddle cadence, stability and increased effect on the rudder.  As you get better you’ll be able to ride the face of the wave left and right, up and down, but before getting to that stage you must be able to ride a wave straight successfully.  To help your steering PUSH BOTH FEET HARD ON THE PEDALS keeping them level with each other.  This keeps your rudder straight and, putting pressure on your heels also helps with balance.

Step Six:  PADDLE ALL THE WAY DOWN the wave BEFORE it breaks.

When the swell gets to the impact zone it will begin to crumble.  You want to get to the bottom of the wave as quickly as you can and not be at the top.  Don’t stop paddling because you need steering and should be going faster than, or the same speed as, the broken wave in the impact zone to maintain your steering.  If you stop paddling at the top then you’ll nosedive, and that’s not a very pleasant experience. 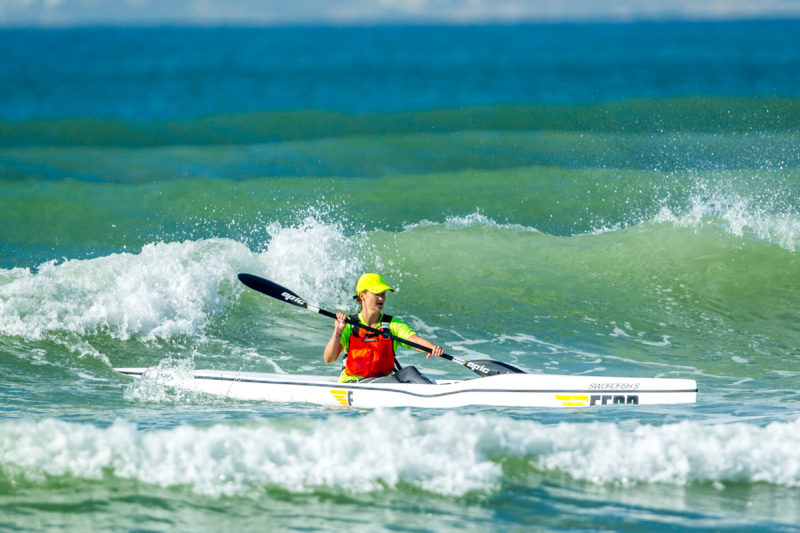 Step 7: Ride through the Impact Zone.

The energy from the moving water is over relatively quickly so it’s a short space of time that you need to focus intensely to keep the ski facing straight to the beach. Once that moment is done you should be able to keep paddling at the speed you are moving to stay in control.

IF YOU BROACH (go skew when the wave breaks)…

…quickly put both your legs over the side (remember:  when in doubt, legs out), lean towards the horizon and grab the top of the foamy with your paddle (brace).  You “grab” the top of the wave by putting your blade in the water as if taking a stroke except you don’t pull the blade towards you.  Because the wave is pushing you, your blade in the water will give you something to hold onto.  If things still go pear shaped lean forward and grab the foot straps so you don’t loose your ski.

…if the surf starts getting unplayable.  The surf is generally unplayable when the waves are breaking really hard on a shallow bank in any size bigger than a 2 meter wave face.  Some guys can do it, but this takes years of practice.  Another time waves are unplayable is when there is a lot of water moving over the impact zone.  Normally, when the swell starts hitting 6 feet, you should be thinking about not catching a wave.